During the 2011 fantasy football season, I received numerous unsolicited voicemails from Justin Marcus regarding his team and the unfavorable season that I happened to have that year. I saved the voicemails for the purpose of this compilation.

Put together this favorite of mine in 2014 before our league’s fantasy football draft. The video is edited mostly from VHS footage from a camping trip in 1997. In no way is the video intended harm the individual that it portrays, but it is meant to motivate him through self-reflection and humility.

I put this video together last year around this time of the Community Outreach Response Team, which was a fairly new program at that time. Definitely my favorite part of working in the public information office is getting to see officers interact with the community first-hand and having the opportunity to capture it in video or photos.

What I find most impressive about these officers, is how calm and understanding they are when working with people in crisis. It definitely takes a special person to be able to interact with people in this way, and I am overwhelmed with how much they care about these people and the community.

The CORT program uses the EPD Downtown Team, working together with CAHOOTS and Lane County Behavioral Health to focus efforts on outreach in the downtown community. 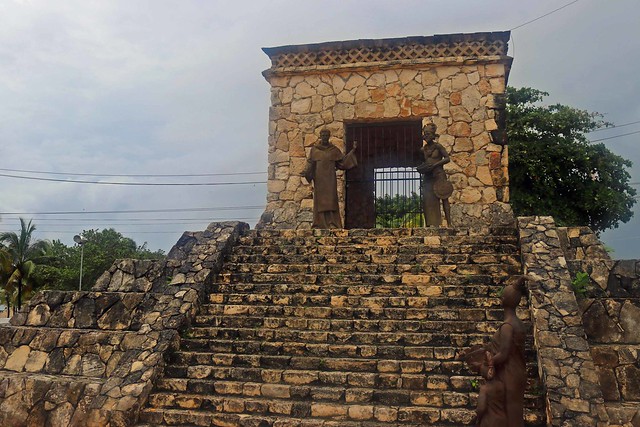 These here are a few photos from our June trip from Galveston Texas to Cozumel Mexico, Georgetown Grand Cayman, and Falmouth Jamaica. Missing are the pictures that I took with the disposable waterproof camera from when we went snorkeling. They aren’t any good. They do however have sentimental value and are hidden away in the archives of the desktop, including over half that have what appear to be a finger over the lens. Not a good snorkeler, which translates to the quality of photos that were taken while snorkeling/drowning.

Also not included are the fogged-up lens photos. I have never experienced weather so muggy that it affects the lens of the camera. Several of the photos that I took at each port, including Galveston Texas, came out foggy.

The trip coincided with a mild tropical storm, Cindy, which formed off the coast of the Yucatan Peninsula. The ocean was never completely calm, and there were brief periods of over 10 foot swells and lighting. While driving around Cozumel with out taxi driver Guillermo, we did run into a few heavy downpours, but that seemed to be the extent of it.

Here is a short 2-minute video I put together of our bike ride with dad on June 3, 2017, when he and mom came to visit from La Grange California.

We started at the Valley River Mall in Eugene and came off the trail in the Jasper area of Springfield before finishing at home in Thurston.

These pirate youths jumped into the frame while I was taking photos of the Peter Iredale shipwreck near Fort Stevens. Despite their ferocious looks, they are not as dangerous as they appear. END_OF_DOCUMENT_TOKEN_TO_BE_REPLACED

The year of the rupture began on February 12, 2017 at the Willamalane sports complex in Springfield Oregon. The basketball game that day was scheduled for 5 p.m. I ran the treadmill per the usual pregame warmup. All was good, minus a hobble from a slight meniscus sprain sustained three week prior. Injuries happen. That’s expected at age 37, but I had never experienced anything that could have prepared me for the type of pain that I was about to endure for weeks to come.

END_OF_DOCUMENT_TOKEN_TO_BE_REPLACED

“The coast in the neighbourhood of Clarks Mountain is sliping off & falling into the Ocean in immence masses; fifty or a hundred Acres at a time give way and a great proportion in an instant precipitated into the Ocean.    these hills and mountains are principally composed of a yellow clay; there sliping off or spliting assunder at this time is no doubt caused by the incessant rains which have fallen within the last two months.”  – Meriwether Lewis, January 10, 1806 (Original Journals of the Lewis and Clark Expedition, 1804-1806

A sign at the bottom of the hill where this picture was taken at Cape Disappointment Washington mentions the resemblance that it has to William Clark’s journal description during the Corps of Discovery’s stay in Oregon. The hill is now a significant distance in yards from the ocean, but in 1806, before erosion, it would have been situated next to the ocean with the waves crashing against it.

END_OF_DOCUMENT_TOKEN_TO_BE_REPLACED

As a student in the School of Journalism and Communications at the University of Oregon, I was given an assignment to put together a 3-minute documentary about myself, that was shot entirely by myself, and based on the theme, Essence.

Disclaimer: All events that took place in this documentary are true, and everyone in the documentary is real.

The Hankshire
Blog at WordPress.com.