“The coast in the neighbourhood of Clarks Mountain is sliping off & falling into the Ocean in immence masses; fifty or a hundred Acres at a time give way and a great proportion in an instant precipitated into the Ocean.    these hills and mountains are principally composed of a yellow clay; there sliping off or spliting assunder at this time is no doubt caused by the incessant rains which have fallen within the last two months.”  – Meriwether Lewis, January 10, 1806 (Original Journals of the Lewis and Clark Expedition, 1804-1806

A sign at the bottom of the hill where this picture was taken at Cape Disappointment Washington mentions the resemblance that it has to William Clark’s journal description during the Corps of Discovery’s stay in Oregon. The hill is now a significant distance in yards from the ocean, but in 1806, before erosion, it would have been situated next to the ocean with the waves crashing against it. 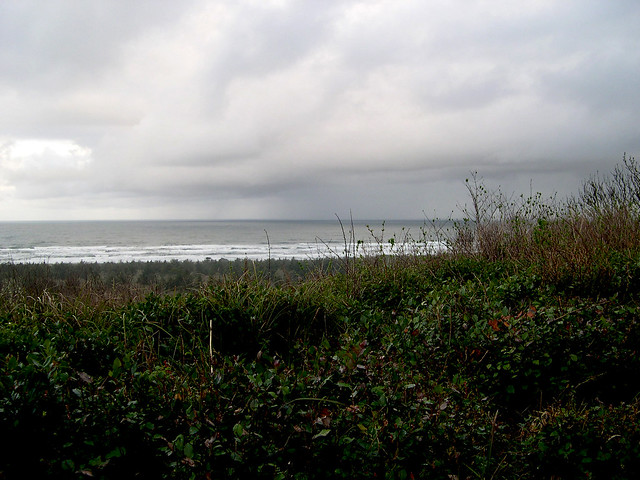 Cape Disappointment was named by English Captain John Meares in 1788 after not being able to find the Columbia River. The cape is actually on the northern side of the Columbia River, and the river received the Columbia name from Captain Robert Gray, who crossed the river in 1792. Less than 20 years later, The Corps of Discovery, led by Lewis and Clark, accomplished their mission of finding the Pacific Ocean after a final trek down the Columbia River, one year, six months and one day after leaving St. Louis Missouri. They would eventually find their way to Cape Disappointment and ultimately cross the Columbia River to Oregon.  The decision to go to Oregon came after a vote, which is said to have been the first election held west of the Mississippi. Lewis also noted in the journals a strong difference in the current of the rivers west of St. Louis opposed to the slow flow of the rivers to the east. I find this passage relevant because it is easy to forget how difficult it would have been to cross the Columbia River two centuries ago, when today, thousands of people cross the river every day by car. However, shipwrecks continue to be a frequent occurrence and the Coast Guard often issues hazard restrictions and warnings at several points. 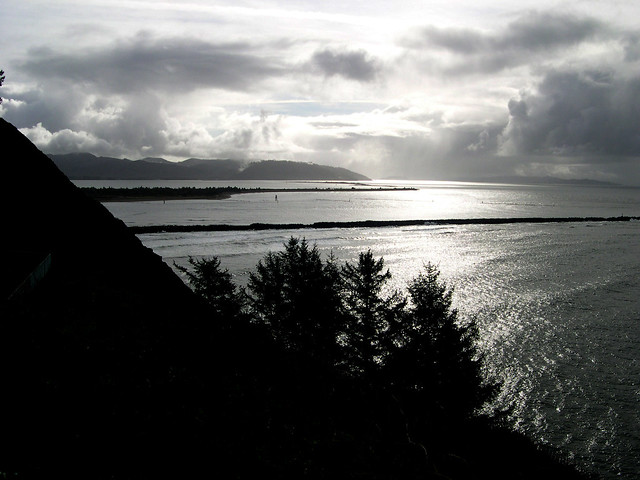 Today, on the south side of the Columbia River is the abandoned Fort Stevens, which was established as a military defense installation in 1863 and was in use until after World War II in 1947. Fort Stevens was part of the “Three Fort Harbor Defense System” at the mouth of the Columbia River. The other forts were at Cape Disappointment and Fort Canby. 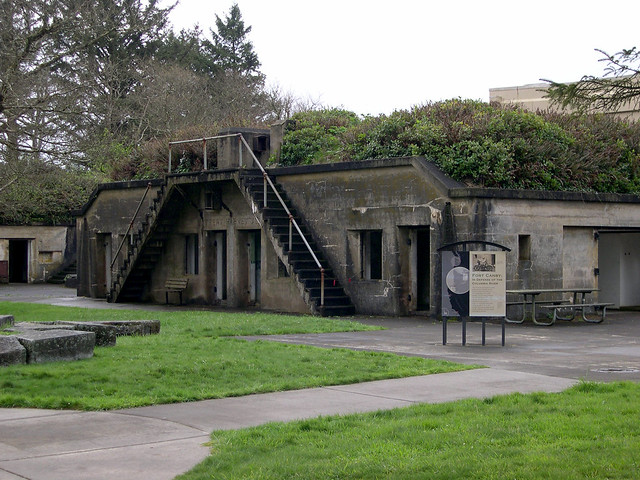 In 1942, the area pictured below, Fort Stevens Battery Russel, was attacked by a Japanese submarine that fired 17 shells off the coast of Oregon. During the attack, all lights were turned off at Fort Stevens and no rounds were fired back, which made it difficult for the submarine to locate the military installation. This was the only installation to come under attack in the continental United States during the war. Although the attack was unsuccessful, it added to the public’s anxiety of a Japanese invasion on the west coast. (West Coast Invasion) 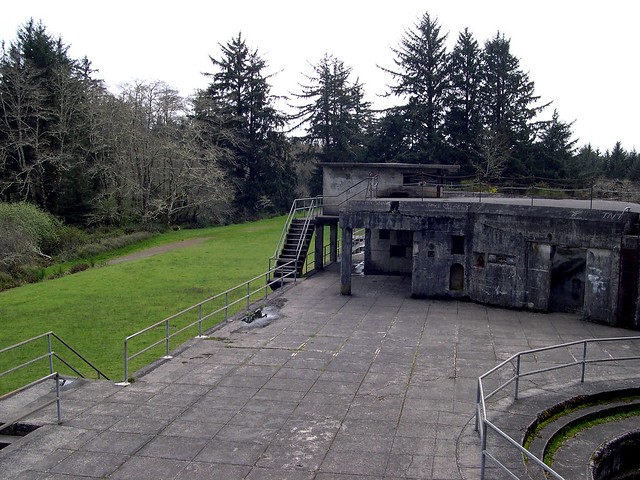 Other points of interest northwest of Springfield in the northwest of Oregon, is the oldest lighthouse in the Northwest, which went into operation in 1856, three years before Oregon became the 33rd state admitted to the union. Also, closer to Fort Stevens is the Peter Iredale shipwreck, which ran ashore in 1906 after wind gusts threw it off course. 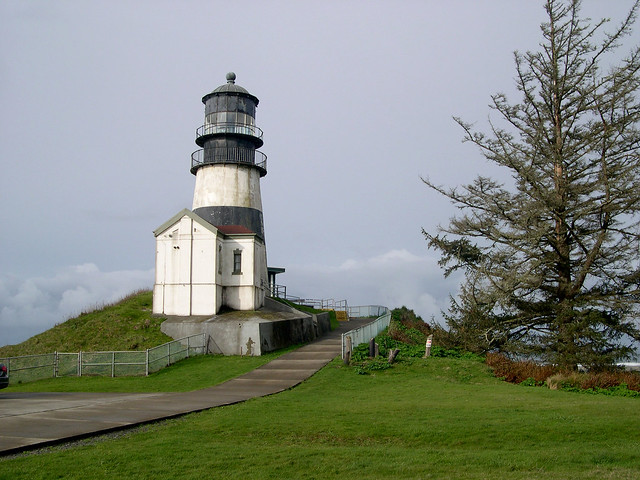 I love Cape Disappointment and Fort Stevens. It’s not often that you find so much history in such a beautiful place, not to mention, both places have yurt accommodations. Also, if you plan ahead, this is also a great place in late March to go whale watching.

You can find more information about yurts on the Oregon State Parks website.

Here is a link Fort Stevens OR to Long Beach WA to view the other photos from our March 2015 trip.